The John Hite House sits on the east side of US Route 11 just north of Bartonsville in Frederick County, Virginia. Also known as Springdale, the house was build in 1753 by John Hite whose father was the leader of the first European settlers in the lower Shenandoah Valley.

The interior of Springdale underwent extensive changes during both the remodeling of 1835-40 and at the beginning of the twentieth century. One of the main changes was the replacement of the main stairs during the second renovation. At this time the highway was relocated from the east side of the house to the west. This necessitated the redesign of the central hall including redirecting the stairs to ascend in the opposite direction.

The house is the second dwelling on the property. The stone ruins of what is believed to be the original building are to be found southeast of the main house. This original structure was a combination house/tavern built by Jost Hite in the 1730s. George Washington is known to have stayed in the tavern on April 11, 1748 whilst in the employ of Lord Fairfax as a surveyor.

Josh Hite and the Settlement of the Lower Shenandoah Valley

Jost Hite had emigrated to New York in 1710, escaping the War of Spanish Succession during which the French Army repeatedly devastated the area of Germany where he was born. Dissatisfied with the conditions in New York where the German immigrants were employed in the manufacture of tar and other naval supplies for the British Navy, Hite and many of his fellow Germans moved south to Pennsylvania. In May 1714, Hite purchased 150 acres on the Skippack River near Germantown. His son, John Hite was born that same year.

On August 5, 1731, Josh Hite and his partner Robert McKay acquired the conditional grant of 40,000 acres in the Shenandoah Valley. The condition required the grantees to settle within a two-year period one family for every thousand acres granted. There was considerable confusion between this land grant and Lord Fairfax’s properties in the same area. The dispute between the two land owners came to a head in the court case of Hite et al. vs Fairfax which was finally resolved in Hite’s favor in 1786, a quarter of century after Josh Hite’s death.

Even with the dispute continuing, Josh Hite continued to develop and sub-divide the land. In 1742 he sold a 1,080 acre tract of land to his son, John. This tract was part of the 5,018 acres he had retained from the original 40,000 acre grant. It was on this land that John Hite built Springdale in 1753.

The land had continued to be sub-divided over the years with the John Hite House now sitting on 12-acres of the original land grant. Befitting its historical significance the property was added to the National Register of Historic Places in July 1982. The house is privately owned (these images were captured from the roadside and not from within the grounds of the property) and although it has changed hands a number of times, the present owners are descendants of the Hite family. 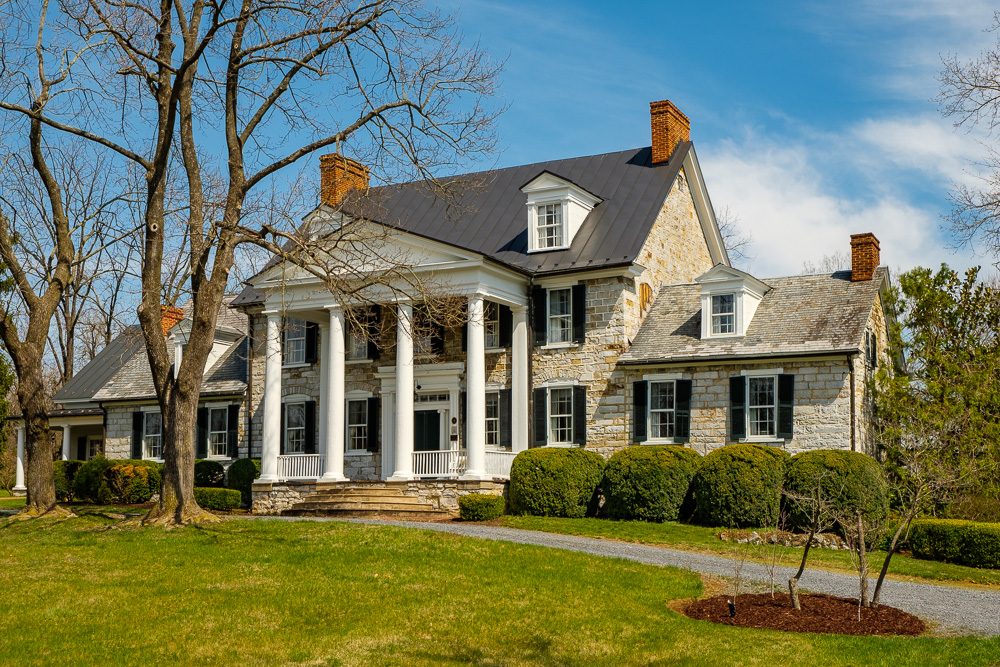