The Jones Point Lighthouse is a simple rectangular wood frame building on the southern shore of Jones Point in the City of Alexandria. The lighthouse warned the ships accessing the busy Potomac River ports of Georgetown, Washington City and Alexandria of the dangerous sandbars in the river.

In August 1852, Congress granted the Lighthouse Board $5,000 to purchase land and erect a suitable beacon at Jones Point. Three years later, a tract of land measuring 30 by 100 feet was purchased from the Manassas Gap Railroad for $501. The lighthouse became operational on May 3, 1856.

The first light was provided by whale oil lamps. In 1858, an Alexandria gas company ran a line to the lighthouse allowing the whale oil lamps to be retired. Soil erosion in the area, though, proved to be a major hindrance to the gas pipe. In 1900, mineral oil replaced gas as the fuel source for the light.

In 1924, the Lighthouse Service made the following note regarding the navigational aids on the Potomac River as part of a request for $25,000:

The Potomac River is the most poorly lighted and marked of the important navigable rivers of the United States, a condition which should not be allowed to continue, because of its relation to the National Capital and many Government activities, and its increased navigational importance. There are urgent requests for steamship companies for improvements in the lighting and marking of the Potomac River.

One of the improvements was the erection of a steel skeletal tower on a point east of the original structure. The new light began operations in 1926. It continued in operation until 1962 when its navigational aid duties were taken over by the lights on the newly constructed Woodrow Wilson Bridge.

The Jones Point Lighthouse was placed on the National Register of Historic Places in 1980.

Thanks to Lighthouse Friends.com for the above information. 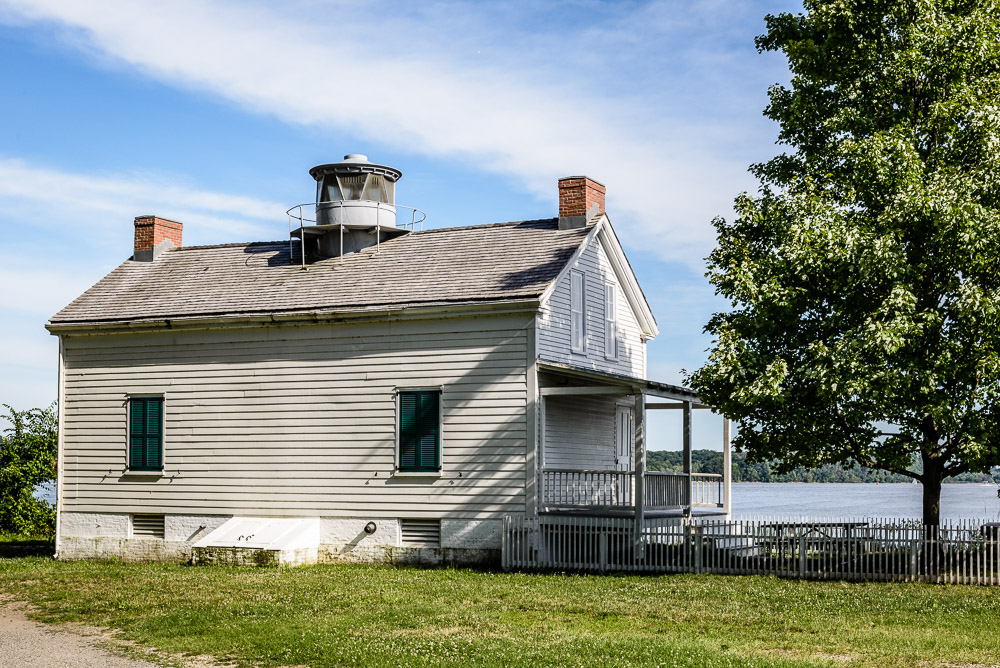