When Captain Smith attempted to land he was driven back to his ship by the local inhabitants. By the mid-1600s, though, the colonists had established a trading post on the banks of the river. Owned by Jacob Hobbs, the settlement surrounding the trading post became known as Hobbs Hole. A more formal name of New Plymouth was later adopted. The town returned to its original name of Tappahannock in 1705.

An Act of the Virginia Legislature of 1680 formally established a Town on the site. In the Act the name of James City was used for the town. I presume this was a temporary renaming between it being New Plymouth and returning to the name of Tappahannock.

The Town was laid out in half-acre square lots. There were originally 68 lots to which a further eight “slip” lots bordering the Rappahannock River were added. To this day, the lots still bear the original numbers.

There are thirteen buildings remaining in Tappahannock from these early days. Located on Slip Lot 77 is a brick building which is known to date from before 1750. This is the date of the first official record of the property when it was owned by an Archibald Ritchie. At this time, the building was on the banks of the Rappahannock River. Ever though the river is a few hundred yards to the north, the basement floor is still only just above the high water line.

In 1786, the Port of Tappahannock was established. Lawrence Muse who lived in this house was the Collector of Customs for both the Town and the County of Essex. Later, the house became the home of Allen Douglas Latane who was a long time owner and editor of the local weekly newspaper, the Rappahannock Times. He was also the Clerk of the Essex County Circuit Court. To celebrate the early use of the building and its locally famous inhabitant, the house is known as the Latane-Customs House. The property is now a private home and not open to the public. 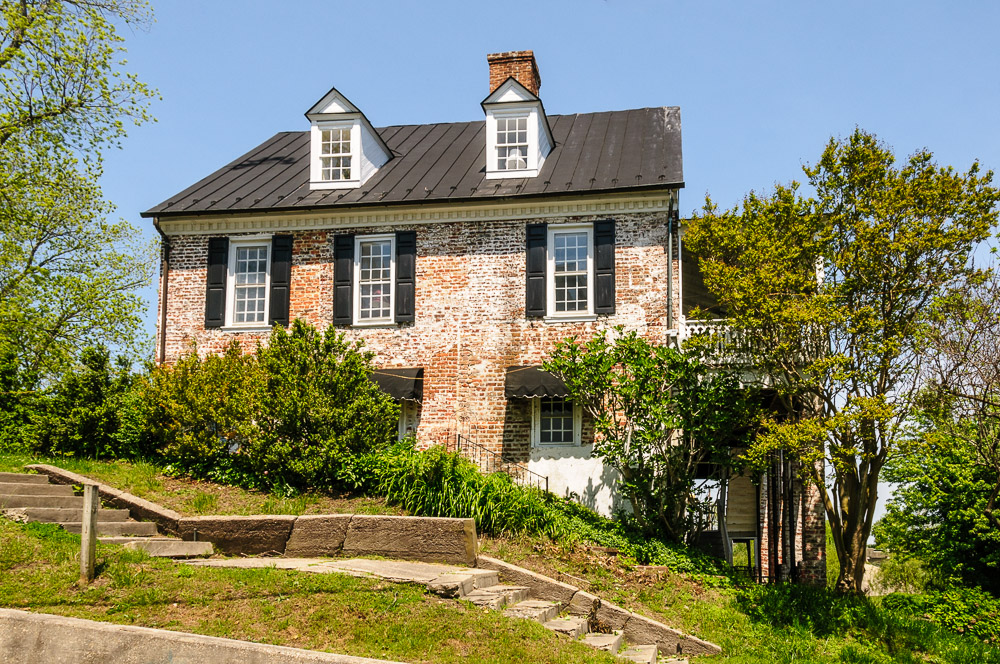