Tappahannock is the county seat of Essex County on the Middle Peninsula between the James and Rappahannock Rivers in Virginia. This was one of the first areas in Virginia to be occupied by the colonists. Originally part of Old Rappahannock County, Essex County was formed in 1692. Tappahannock, which was called Hobb’s Hole until 1705, was a thriving port on the James River. During the 1720s residents of the upper and lower parts of the county feuded over the location of the county seat. This even erupted into a full-scale brawl on at least one occasion. Finally, Virginia Governor William Gooch had to step in. In 1728 he ordered the Essex county court moved to Tappahannock. The first courthouse was built the following year.

The location of a county’s courthouse oftentimes had immeasurable commercial implications on its home town. Tappahannock became an official tobacco inspection station in 1730 and by mid-century was an important center of trade.

By 1850 it was time to replace the original Essex County Courthouse. The court had advertisements placed in newspapers in Richmond, Frederick and even Baltimore seeking a contractor to replace its 1729 colonial building. Unfortunately, records do not identify the contractor who got the job. Built in the distyle form (a portico having two columns), the 1851 built replacement courthouse closely follows the Virginia courthouse tradition of the time. The four white pilasters on the facade flank a pair of doric columns leading to a very pleasing building.

In 1926 a major renovation to the building took place. It was financed by industrialist Alfred I. du Pont whose wife came from the nearby Northern Neck of Virginia. At this time the clock tower, which was a gift of the du Pont family, was installed. The du Pont association with the Essex County Courthouse continued through the years. After a fire severely damaged the building in 1965, the du Pont family funded the restoration to its 1926 appearance. 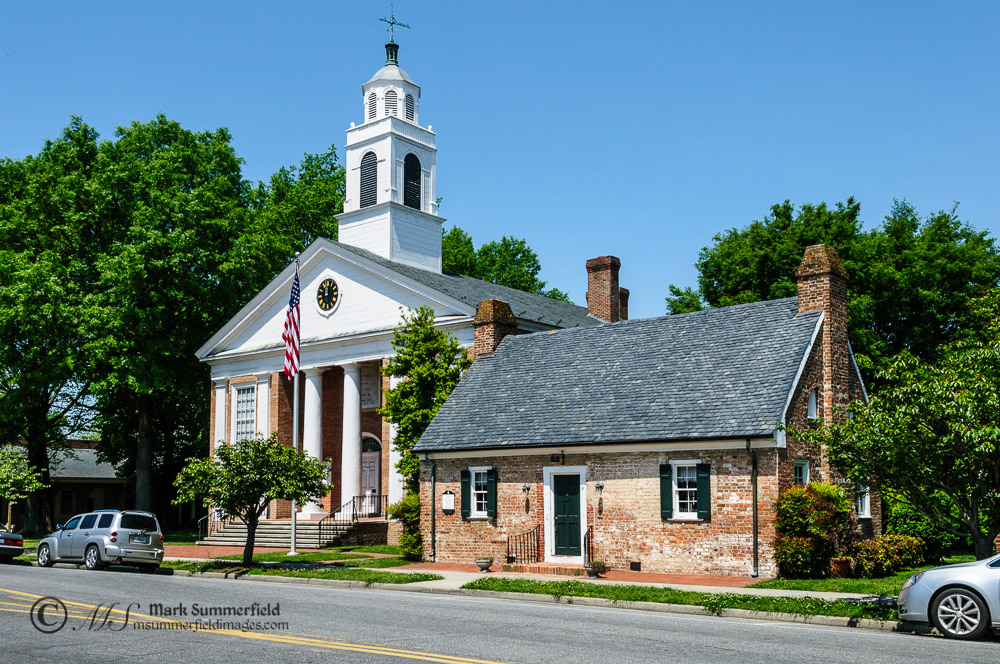