The North House in Lewisburg, West Virginia, was built in 1820 by John A. North. At the time Lewisburg and the surrounding Greenbrier Valley was rapidly expanding due to it becoming a gateway to the new western frontier territories of Kentucky, Ohio and Indiana. The court system for the area also needed to expand. John North, a lawyer from Lexington, Virginia, moved to Lewisburg becoming the clerk of the Greenbrier District Court of Chancery. Along with his wife, Charlotte, he purchased a two-acre plot of land contracting a local brick mason, John Dunn, to construct the stately Federal style home seen today.

The home was sold to James Frazier in 1836 when it became the Star Tavern and Inn. Frazier added wings to the house (one of which can be seen in the image below) to accommodate the jurists who attended the court in Lewisburg.

The North House survived the Civil War with guests even able to watch first-hand from the balcony as the Battle of Lewisburg took place on May 23, 1862 in the adjacent streets of the town. Greenbrier County struggled in the years after the Civil War. Frazier and the Star Tavern joined the many businesses which had difficulty surviving. With his passing in 1868, Frazier’s Star Tavern basically returned to being a family home occupied by his aging wife and granddaughters.

In 1871, Colonel Joe McPherson purchased the property for his daughter, Adeline, and her husband, John W. Harris. The North House received a few Victorian embellishments to the facade during Harris’ tenure including metal window hoods and gutters. Harris also removed one of Frazier’s Tavern wings.

The property grew in size from its initial two-acres such that when it was conveyed to a new owner in the spring of 1905 it consisted on 12 acres. The new owner was Robert L. Telford who pastored the Old Stone Presbyterian Church, which we visited in an earlier post, from 1890 until 1894. From 1894 onwards, Telford served as the first president of the Lewisburg Female Institute.

The Lewisburg Female Institute purchased the property in 1925. After suitable renovation, the property served as the home of the president of the Institute, later renamed the Greenbrier College for Women. When the College closed in 1972 the property was given to Greenbrier County by the state government. In 1976, the Greenbrier Historical Society leased the house. The GHS continued to lease the property until 1992 when it officially became the owner and operator of the now North House Museum. 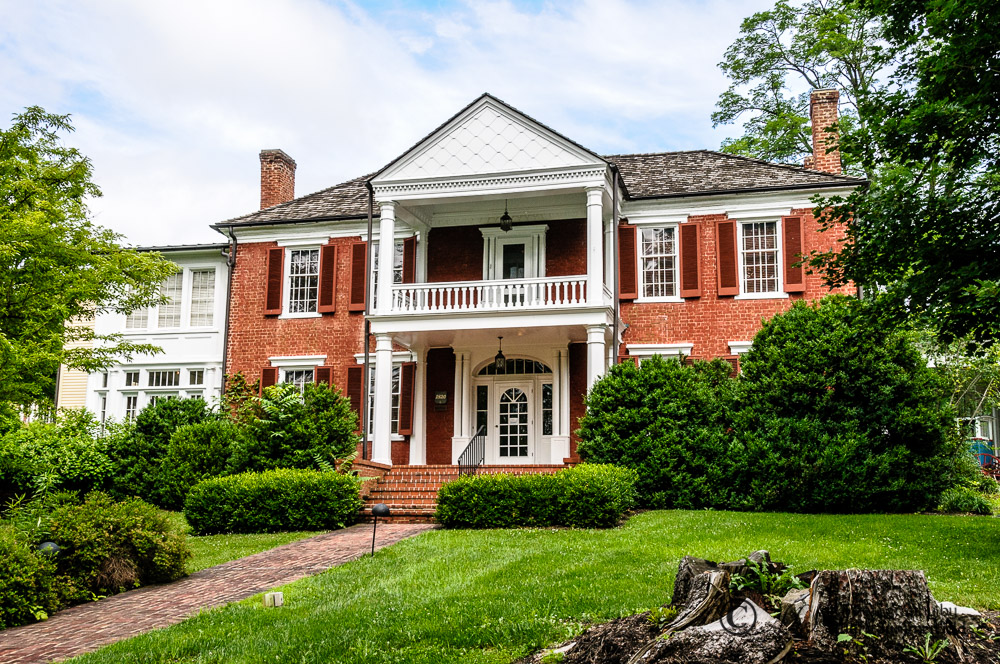