In the last post we visited Rockbridge Grist Mill in Ozark County Missouri. The mill was the hub around which the bustling village of Rockbridge grew. As the business of the mill grew, first a general store and then a bank moved into the village. The general store also housed the post office. There was also a church which no longer exists.

The village was a thriving community through the latter half of the nineteenth century. This continued until the 1920s and 1930s. By this time roads had improved to support the expanded use of the motor car. This allowed people to visit the larger towns to acquire their supplies rather than the local general store. By 1933 even the bank had closed. The mill also closed its doors in the 1940s. Only the post office remained.

Rockbridge was almost completely abandoned excepting for a few hardy folks. One such family was Lile and Edith Amyx. Lile’s parents were married in Rockbridge in 1895 and had a homestead on the land directly above Rockbridge Spring. In 1946, Lile and Edith moved into Rockbridge itself. By 1954, Edith had become Postmaster of Rockbridge Post Office, which was the oldest post office in the county.

1954 also saw the beginning of the Amyx family’s new venture: the Rockbridge Rainbow Trout & Game Ranch. This venture was centered around the old general store which underwent extensive refurbishment and expansion. The post office was now joined by the county’s best commercial kitchen, a dining area, a gift shop and a lodge. The crystal clear waters of Spring Creek were stocked with rainbow trout grown in the ranch’s own hatchery. All this resulted in Rockbridge becoming one of the most popular resorts in the Ozarks.

What was once a thriving village is now the center of a 3000+ acre holiday resort. 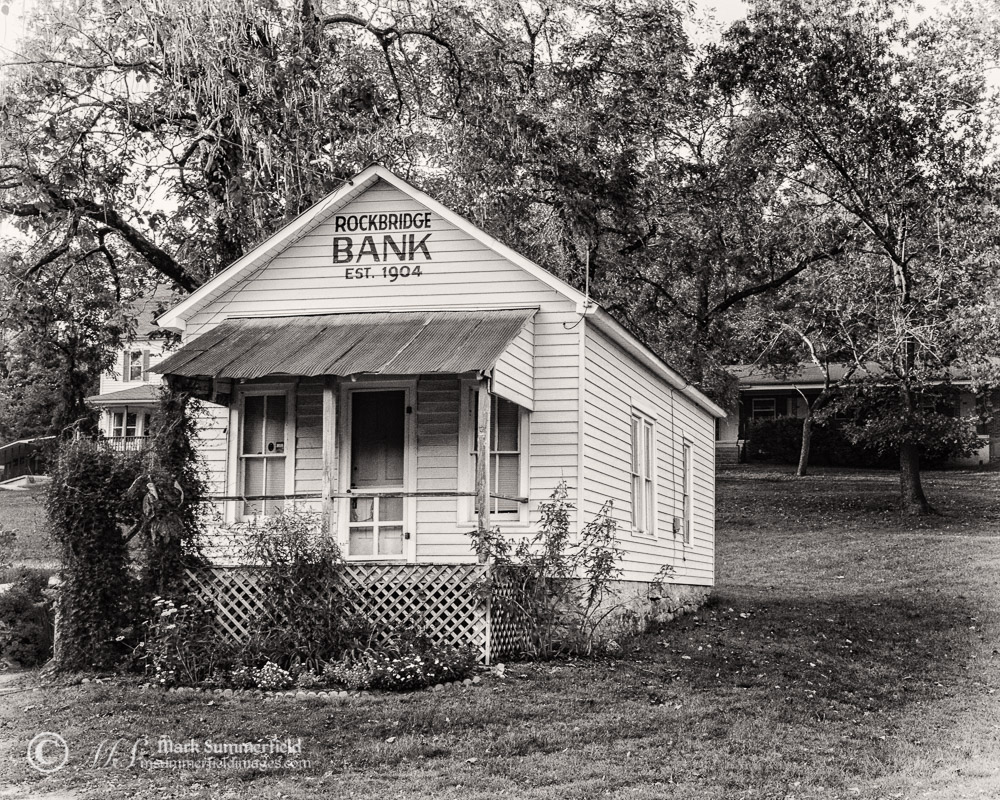