Haberdeventure is part of the Thomas Stone National Historic Site. It is located in Charles County, MD about 25 miles south of Washington, DC. The site covers a few hundred acres with many outbuildings as well as the graves of Thomas Stone and his family. However, it the historic house called Haberdeventure (I have also seen it spelled as three words Haber de Venture and Habre de Venture) which is the the main attraction.

Thomas Stone purchased the property in 1770, beginning construction of the house the following year. Stone was born into a prominent Charles County family and by this time already had a successful law practice in Frederick, Maryland. The family would make their home in the new property. His law practice, and later political career, kept Stone away from home for long periods. He brought his younger brother Michael in to manage the development of the plantation.

The house was intended to be modest accommodation for just Stone, his wife and two daughters. Before the house was completed his father died. This created the need for a much larger property as five of his brother and sisters now came to live at Haberdeventure.

Descendants of Thomas Stone continued to own Haberdeventure until 1936. The property remained in private ownership until 1977 when a fire severely damaged the central section of the house. After being declared a National Historic Site in 1978, the property was acquired by the National Park Service.

When we visited Haberdeventure, the day was not conducive to the creation of interesting images. There was a continuous low cloud which produced flat light offering nothing to work with. The image you see here has been created to overcome these limitations.

Firstly, a new sky had to be added in Photoshop. This sky needed to be filled with cloud so that the flat light on the building did not look out of place. The merged file was then passed through On1 Photo’s Effects 10 where a number of filters were applied.

Odd as it may seem, the first filter was one of the HDR filters which added additional depth to the building overcoming the problem of the flat light. This though made a mess of the sky so a mask was applied using the smart brush to limit the effect to just the building and the foreground. This was followed by a Bleach Bypass filter with the opacity turned down to 50%. The mask from the HDR filter was copied to this layer to again preserve the sky.

Now it was time to make the image look aged. Firstly, the B&W Gold Tone filter was used. The opacity of the filter was lowered to about 60% to allow some of the color to remain.

From here I decided to make the picture look as if it had once been in a frame and at some stage been damaged by the elements. A combination of textures and borders were applied. I started with the Yellow Postcard texture. I had to turn down the opacity of this layer to mute the effect a little.

To finish off the appearance I was looking for, I used two Border filters. All of the Border filters automatically shrunk the original picture but fortunately this can be overridden. By setting the Fit Image slider to Zero the original image was kept its full size allowing for the two borders to be placed one on top of the other. By reducing the opacity of the two, I was able to leave a faint dark edge as if the image had once been in a picture frame. The second border also had the opacity reduced to create the appearance of the environmental damage I was after. 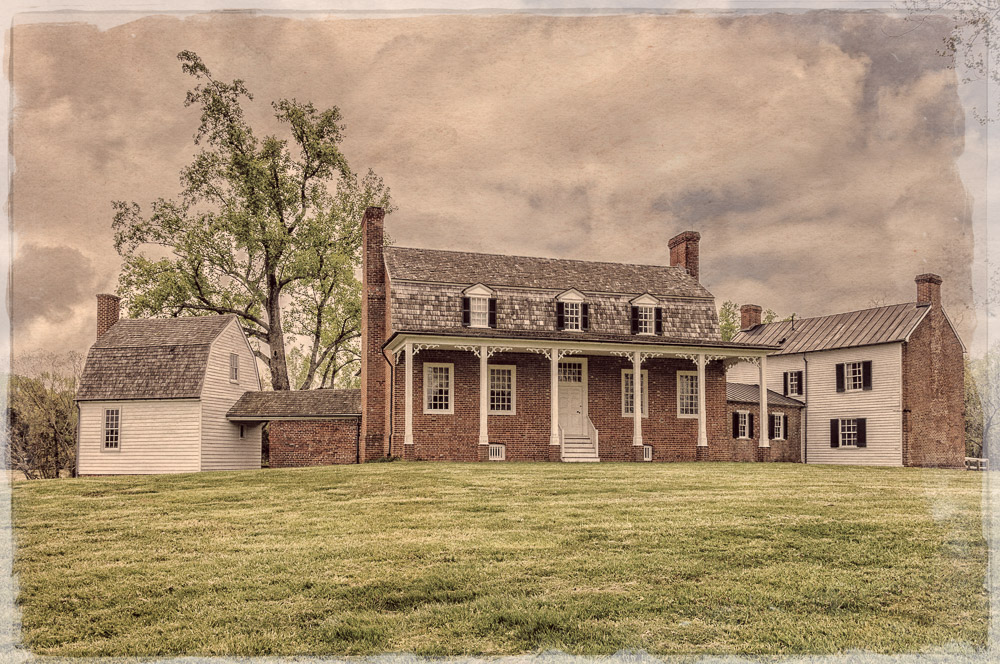