Princess Anne is the county seat of Somerset County on the Eastern Shore of Maryland. The town has maintained much of its architectural integrity due in large part to a lack of economic growth in the area in the mid-twentieth century. Although this town has been the center of government for the county since its foundation in 1733, very little has changed since the end of the nineteenth century. Because of the many historic buildings in the town, it has been declared a National Register Historic District and Main Street Maryland community. In the heart of the town is one building which is not included in the contributing properties to the Historic Register official list although it sure looks like it should. This is Independence Hall.

Originally constructed in 1899 as the Princess Anne Hotel, Independence Hall is situated opposite the Somerset County Courthouse, a perfect location for a hotel. The building, though, did not remain as a hotel for very long. In 1925 it was converted into a movie theater and restaurant. I assume that it was at this point that it became Independence Hall.

By the 1970s, a most hideous brick facade had been built over the existing building, completely concealing the original Victorian architecture. The building has now undergone a complete restoration, returning it to its early twentieth century appearance, both inside and out. It is now a mixed-use commercial structure with offices upstairs and a restaurant and boutique shop on the ground level.

Princess Anne became a National Register Historic District in 1978. The addition of the brick facade was obviously the reason Independence Hall was excluded as one of the contributing properties. Now, though, having been beautifully restored, I thought it appropriate to give this image of the building a somewhat faded look as if it had been made during its heyday as a movie theater (excluding the Japanese car parked outside!). This look was achieved by using one of the presets in Perfect Effects Black & White by On-One Software called “Rugged”. This particular preset has a nice subtle sepia toning. I then lowered the opacity of the layer in Photoshop to bring back some of the color from the original image. 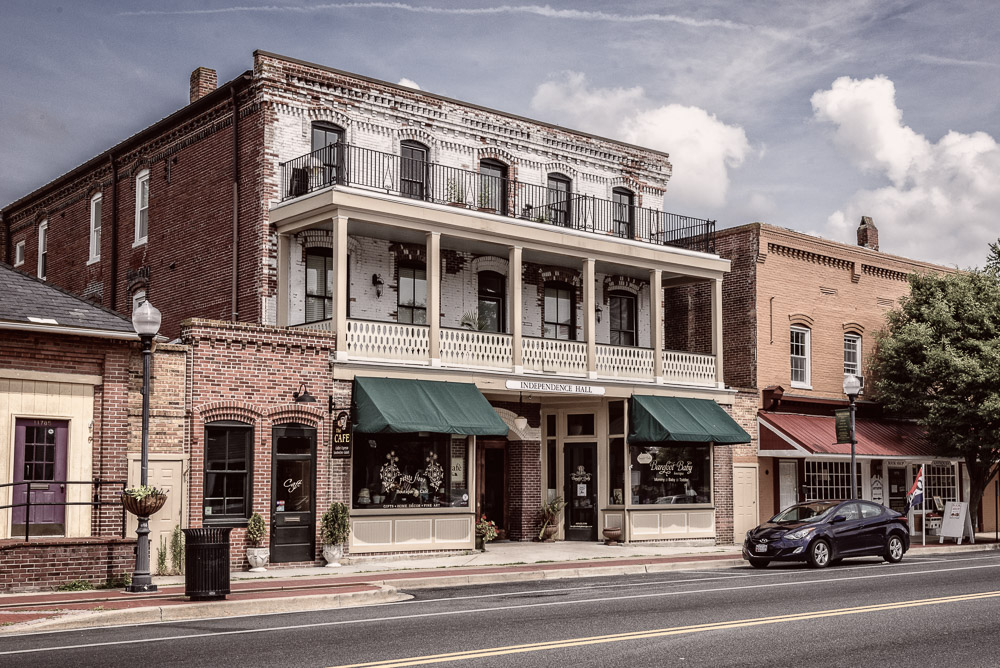