So far on our tour through the Ghost Town of Cerrillos, as Los Cerrillos is known to its current inhabitants, we have visited The Delallo-Simoni Building, the What Not Shop, the Barardinelli House, and the Casa Grande Trading Post. One of the most prominent buildings in the town is St. Joseph’s Church.  Being that the Ghost Town is actually inhabited by over 200 people, the church is still used today.

This structure was built in 1922 to replace the first church, which was situated on land now occupied by the Pastor’s residence. The original St. Joseph’s was built about 1884, which is also when the Cerrillos Methodist church on the far end of Waldo Street was built. This edifice was constructed under the direction of Franciscan Father Hesse, its first pastor, and by a team of builders led by Frank Schmidt, of Cerrillos. In 1939 Cerrillos became a Parish, with Father Rousseau the first priest. Fray Angélico Chávez was the 12th Franciscan brother to serve here, 1960-64, during which time Fray Chávez also rebuilt the church of San Francisco de Paola at Golden. Father Donnen, who retired after 9 years of service in 2002, was the last Franciscan pastor to serve in Cerrillos. St. Joseph’s is presently under the Archdiocese of Santa Fe. 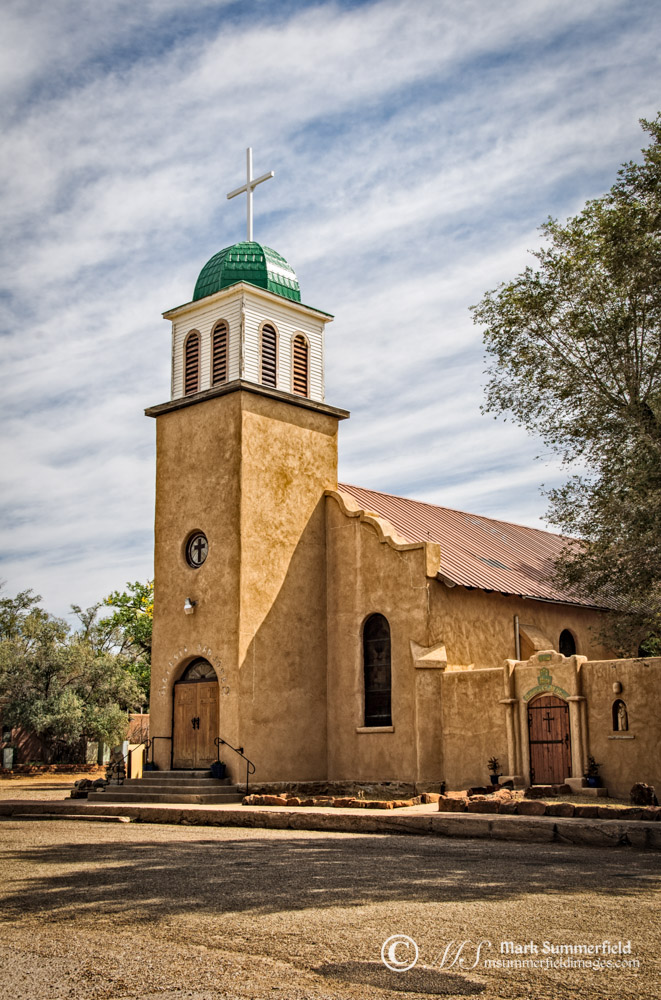