As we saw in last week’s post, Thurmond, West Virginia was built around the railroad and its service to the coal industry in the Appalachian Mountains of Southern West Virginia.  Today we will look at how the rest of the town expanded and, just as rapidly, declined with the combined fortunes of these two once powerful industries.

In 1875 there were 75 people living in houses on Captain William D. Thurmond’s property with two general stores and two coal company offices.  With the building of the Post Office in 1888, the community needed a name.  The name of “Arbuckle” was submitted but it was rejected, so “Thurmond” was chosen instead.  The expansion of Thurmond from a small community really took off in 1892 with the creation of the Southside Junction, which we covered in the last post. The C&O built a depot on Thurmond’s property for the Dunloup Branch line. Thurmond built houses on his property to rent to C&O workers and their families.

Captain Thurmond built a hotel on his property in 1891. Because of his strict Baptist morals, he would not allow any gambling or liquor at his hotel.  Many of the men who came to the Thurmond Hotel weren’t accustomed to this plain lifestyle, including Mr. Thomas G. McKell (the man behind the building of the Dunloup Branch).  He moved directly across the river from Thurmond and built the most famous Thurmond landmark, the Dunglen Hotel (sometimes written as The Dun Glen Hotel). The area around the hotel became known as Ballyhack or Southside.  The Dunglen Hotel was a 3-story wooden building, which boasted a double- decker porch on three sides and 100 rooms for rent.  The Hotel became notorious for hosting a fourteen-year-long card party claimed by Ripley’s Believe It or Not to be the world’s longest-lasting poker game

By 1900 there were twenty-six mines in the vicinity of Thurmond. But by 1909, the town’s decline began when the Virginian Railway offered the C&O railroad its first competition by providing a more direct route across Virginia to the port on Hampton Roads, near Norfolk.

The next major step in the decline of Thurmond came with the passing of the Eighteenth Amendment and the passing of the Volstead Act introducing prohibition in 1920, Southside was wiped out and the Dunglen became just a hotel. The C&O became less prosperous and so did the people. More of the town of Thurmond declined in 1922 when a serious fire burned parts of the town and wasn’t rebuilt. The Dunglen Hotel was destroyed by arson in 1930.

The depression years saw more erosion in Thurmond’s business district. Between 1931 and 1938 the National Bank of Thurmond, the Armour Meat Company, the New River Banking and Trust Company, and the C&P telephone district offices left the town. The last major industry left in Thurmond was the railroad, and even it ceased to be a factor in 1940 when the C&O switched to diesel engines and there was no longer a need to stop at Thurmond for water and coal.

As of the last census in 2010, there were five people living in Thurmond.  It is a ghost town, but remarkably well preserved with the Thurmond Historic District being a part of the New River Gorge National River operated by the National Park Service.

The town was the filming location for John Sayles’ 1987 movie Matewan since it still possesses many of the characteristics of a 1920s Appalachian coal town. 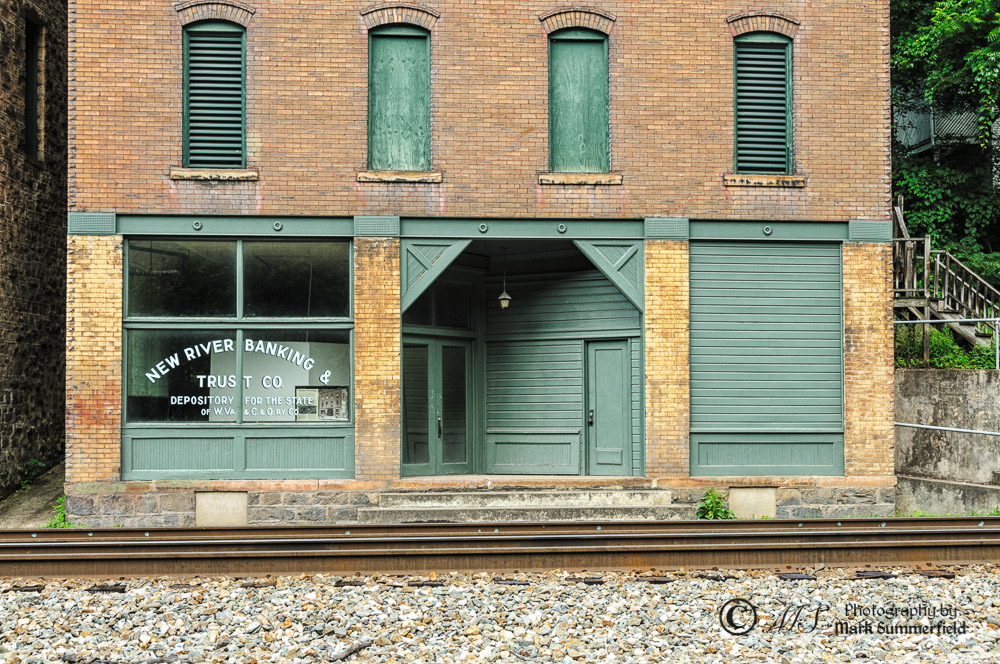