Today we return to the B&O Railroad Museum in Baltimore. The North Car Shop contains some of the larger exhibits including the subject of today’s post. B&O No 5300 President Washington was the first of 20 class P-7 Pacific-type locomotives built for the railroad by Baldwin Locomotive Works in 1927. The locomotives were used on the Royal Blue Line, the Baltimore & Ohio’s premier passenger service between Washington and New York.

The locomotives acted as a marketing tool as well as being in charge of the prestigious passenger service. During the early years of the engines’ service, the B&O was in fierce competition with the Pennsylvania Railroad. The P-7 class were painted in olive green with a gold and maroon trim. They were also named after the first 21 U.S. Presidents (there was only one President Adams to represent both John and John Quincy Adams). This separated the President Class locomotives, as the P-7s became known, from most other steam engines of the time. At the time, most were painted in a simple black livery and did not carry names. The President Class were displayed extensively at public relations events as the B&O looked to set itself apart from its competition.

In 1944, the olive green livery of the President Washington was replaced with a solid blue. Not long after the name was removed. The No 5300 was renumbered as the No 100 in 1956. The renumbering seems odd to me as it was during 1956 that the President Class were starting to be retired from service.

The President Washington was officially retired from service in 1957. The engine was supposed to be scrapped, the fate that befell the other 19 members of the class. However, B&O President Howard Simpson ordered that the locomotive be saved. It was soon restored to its original condition as No 5300 carrying the name President Washington. 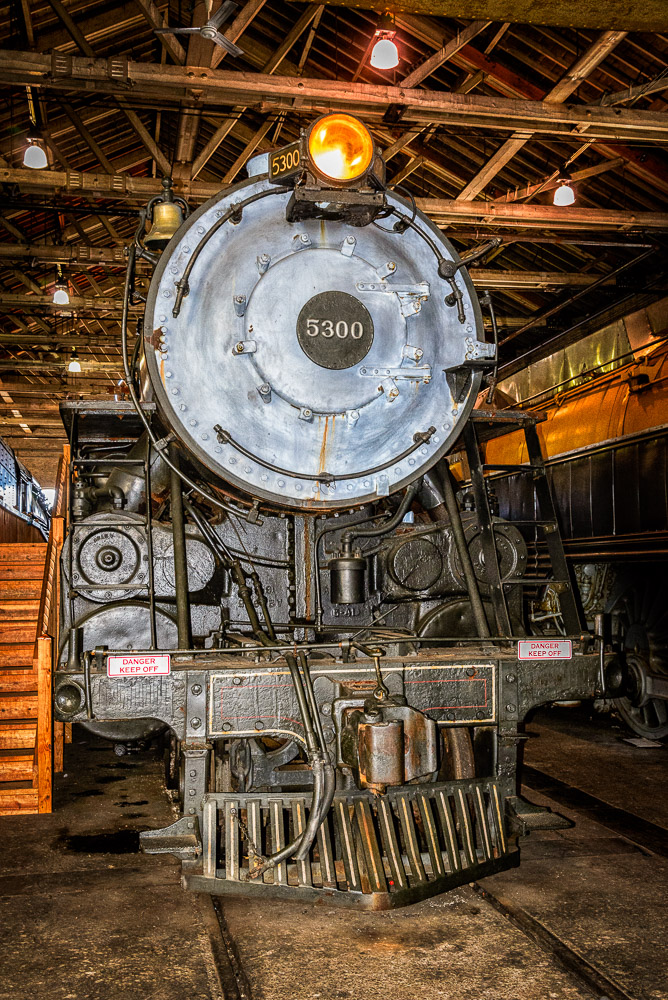