The roundhouse at the B&O Railroad Museum in Baltimore only houses a small part of the collection of over 250 items of rolling stock alone. Outside on the grounds of the old Mount Clare Station can be found some of the more modern exhibits including a pair of EMD F7 locomotives. These diesel-electric engines were built by the Electro-Motive Division of General Motors (EMD) between February 1949 and December 1953.

The F7 was the fourth generation of the successful line of F-unit locomotives produced by EMD. It was also the most successful.

Originally sold as a freight-hauling unit, the F7 did see service on passenger trains. The second image here shows one such example where the F7 was used on the Washington, DC commuter lines operated by the Maryland Transit Administration (MARC).

This unit has a very strange history.  Although it was used to haul commuter trains for MDOT (MARC’s predecessor), the livery it now wears is for today and not how this unit would have looked in service.  It seems a major refurbishment was undertaken after the engine returned to Baltimore in August 1999.  At a cost of over $900,000 paid for by the State of Maryland, the unit was refitted with all the modern necessities to be used on the current MARC system excepting a power unit.  This unit is now just an APCU (Auxiliary Power Control Unit) which can be brought into service as the secondary cab on the MARC’s push-pull trains.  I found a detailed article on the history of this unit which provides a lot more detail than I can here.

The day I visited the museum, there was not a cloud in sight. Capturing reasonable images became a little challenging due to the contrast. Thankfully, my new Nikon D610 has a nice wide dynamic range which, together with the use of plug-ins from On-One Software and others has enabled me to create something worthwhile. Neither of these images is a multi-shot HDR. Everything you see here has come from a single RAW file. 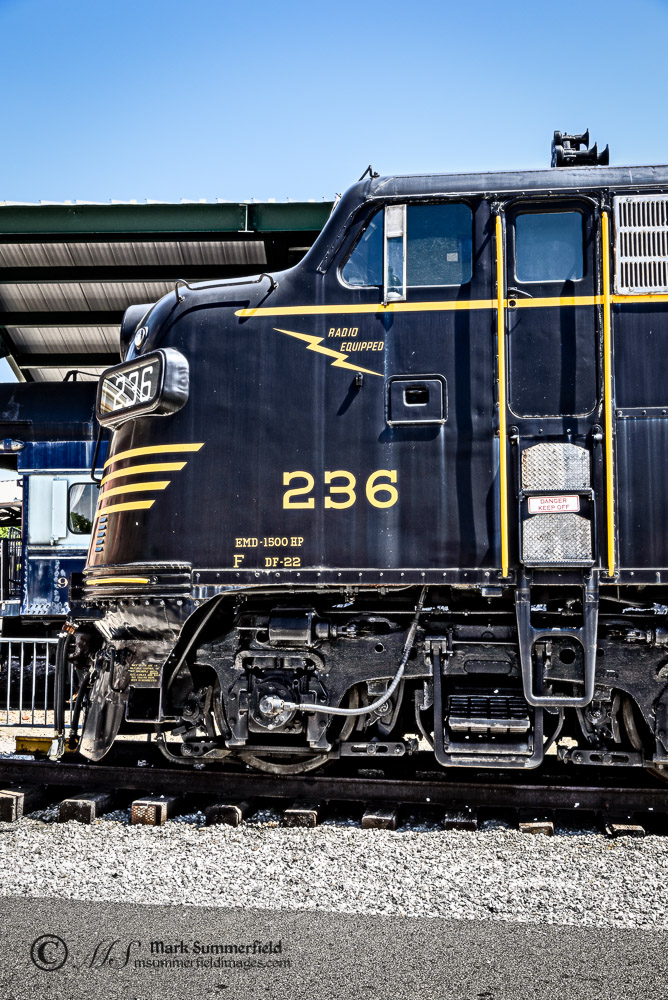