The Stylemans Almshouses are a terrace of twelve small row houses in Bexley, Kent.  An almshouse is place of residence for poor, old and distressed people.  The term, which dates back to the 10th century when the first such properties were set up, comes from “Alms”.  Alms comes from an Old English word meaning money or services donated to support the poor and those that lack the means of supporting themselves.  In the case of the almshouses in Bexley, the original benefactor was John Styleman.

John Styleman was a merchant and administrator for the British East India Company in Java and India for over 30 years.  Upon his return to Britain at the end of the 17th century he became a director of the company.  Styleman owned the estate of Danson in the Manor of Bexley which, in 1723, he leased for 99 years for 100 pounds per annum.

When Styleman died in 1734 his will provided for the revenue from the lease of the estate to support his last wife.  He also bequeathed that upon the death of his wife, half of the proceeds from the leasing of his property be used to build these almshouses in Bexley.

The almshouses were built in 1755 on freehold land in the parish of Bexley. The property had its own well with a pump.  The 2-storey, four room houses provided accommodation for 12 poor families.  At this time, each house had a separate garden with a wooden privy over a cess pit.  In 1761, a mason was hired for a setting of a sundial with the words “Tempus Fugit”.

The houses were repaired in 1880. The replacement sundial is dated 1882 which is, I believe, when the stone plaque above the sundial was installed.  I do not know when the wooden privies were removed but it is likely that this occurred in 1961 when the properties underwent a modernization which included an extension for a bathroom.  In 1985, a major overhaul of the almshouses included the installation of central heating.

The almshouses continue to provide accommodation for “poor persons of good character who are inhabitants of the Ancient Parish of Bexley.  They are today managed by Bexley United Charities which was set-up in 1962 specifically for this purpose.

The Stylemans Almshouses are a Grade II listed building on the National Heritage List for England.  There are three grades of listed building, Grade I, Grade II* and Grade II, with over 90% of the 376,470 buildings on the list belonging to Grade II.  Grade II indicates that the building is “of special interest, warranting every effort to preserve it.” 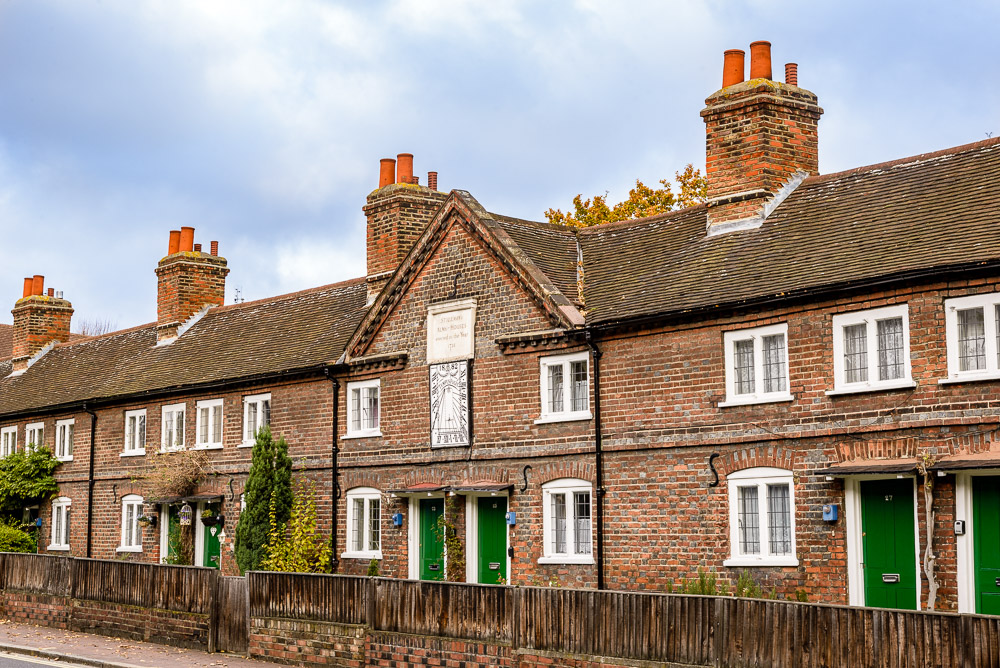