After all the adrenaline rush of the motorcycles and spyders in the last post, I though it was time to slow things down.  Maybe slow things down might be a bit of understatement as we are returning to Goldfield Ghost Town.  We last visited this photo-subject intensive site in February last year when I showed you a stylized version of the Blue Nugget.

The settlement of Goldfield, located atop a small hill between the Superstition Mountains and the Goldfield Mountains, began in 1892 when a rich vein of high grade gold ore was discovered in the area.  The town officially found its place on the map the following year when it received its own Post Office.

The boom years were short-lived though.  Within 6 years the vein of gold was almost gone and the miners had moved on to better prospects.  By November 2, 1898 even the Post Office had closed.

Although a tourist recreation, the idea behind Goldfield Ghost Town is that the visitor can walk through the dusty streets as  if they were there immediately after the miners and the other supporting players had just moved out.

Like the Blue Nugget image, this shot needed some work done to it to counteract the harsh light.  This image was made a few years ago before HDR became one of the ways around this sort of problem.  I used some of the effects in OnOne Perfect Effects which can create a suedo-HDR image as a base on which to then apply other effects to bring out the details in the building and enhance the rusty condition of the tractor. 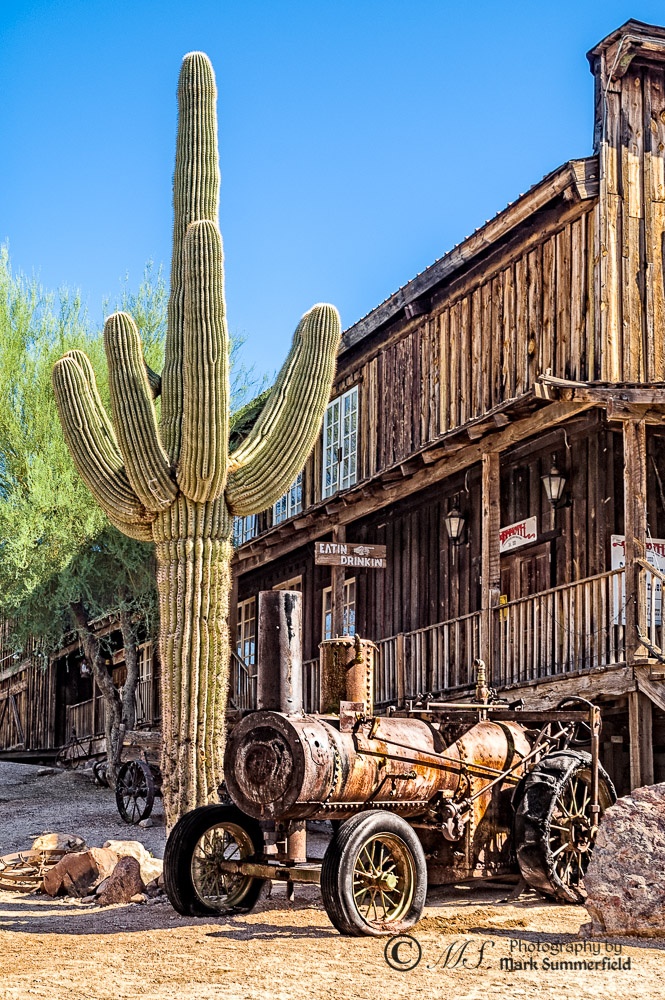