The Western Maryland Scenic Railroad (WMSR) is a tourist line that runs 16 miles from Cumberland to Frostburg, Maryland. The main locomotive for the railroad is the 1916 built Baldwin Consolidation 2-8-0 steam locomotive. This engine was originally built for the Lake Superior and Ishpeming Railroad (an independent short-line that is still in operation today), entering service as number 34. After spending some time at the Illinois Railway Museum the engine came to the WMSR in 1991. It entered service the following year after an extensive rebuild. It has been modified over its years of service on the WMSR to make it look more like a Western Maryland Railroad original.  During this time it has also been given a new number.

The images seen here are of Number 734 taking on water at the Cumberland Depot prior to its run to Frostburg. At the time the crew seemed to be playing up to the photographers who surrounded the locomotive by ensuring the smoke was as black and heavy as could be!

I have been experimenting with the new On-One Software Suite 9 Software which has some excellent new pre-sets. As with each upgrade, the package not only gets better but also easier to use. In the first version I have combined one of the black and white pre-sets in Perfect Effects with the original color layer in photoshop. Below is one of the pre-sets taken straight from the B&W module.  Two totally different looks from the same source neither one of which took more than a few minutes to create. 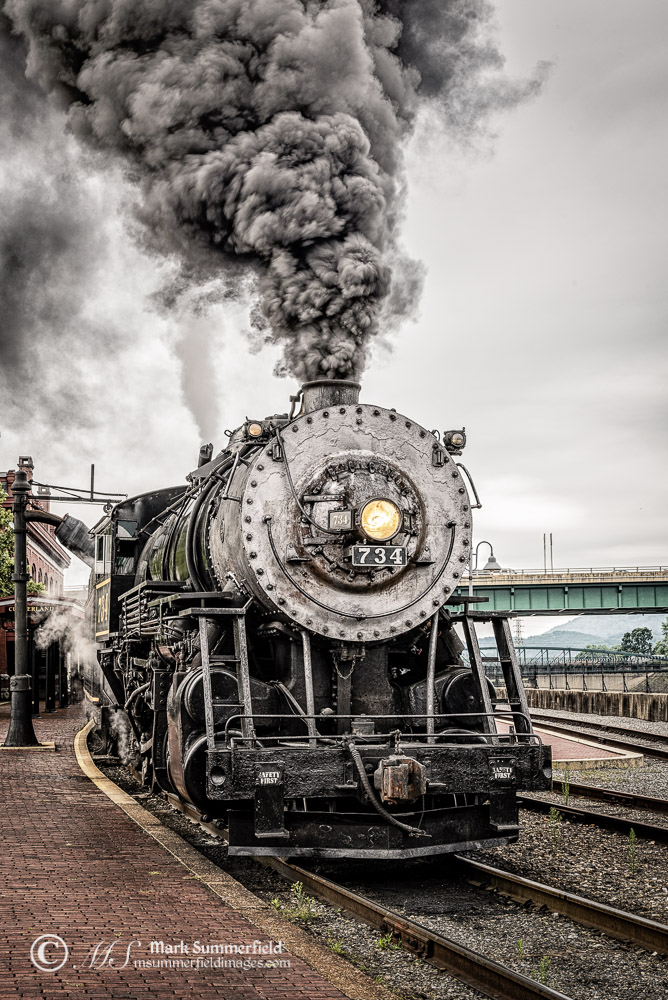