At the end of a small country road in Anne Arundel County, Maryland sits Historic London Town and Gardens. What is now a quiet backwater on the banks of the South River was once a bustling town. The colonial settlement of London Town grew up around the ferry which crossed the river taking travelers to and from Philadelphia, Annapolis and Williamsburg. The London Town Public House overlooks the ferry landing and was built to serve those using the river crossing.

The London Town Public House is also known as the William Brown House after its builder and first owner. Depending on which record you believe, this large building was constructed either around 1745-50 (National Register of Historic Places) or around 1758-64 (Historic London Town web-site).

The tavern was undoubtebly built to impress. It is a full two-story structure built over an elevated basement. No expense was spared on the exterior. All four walls are of Flemish bond brickwork which was very unusual for the time. Normally, only one or two sides were finished with expensive brick. I believe this additional expense was a direct result of the tavern being clearly visible from all sides and, therefore, needing to make an impression from which ever way someone approached it.

The interior of the tavern is in total contrast to its exterior. All of the rooms are of very simple design. The style of the rooms is very functional rather than to impress. It should be noted that eighteenth century taverns were gathering places for the entire community. To serve the travelers using the ferry may have been the primary reason for construction of the tavern but a lot of its business would have come from meeting the needs of the local community.

The London Town Public House did not prove to be the success William Brown planned. After about twenty years of running the business, William Brown lost the property to his creditors. For a while it was a rental property. As the town slowly faded away business shrank with it until the 1820’s when the once grand tavern had become a residence for the poor and destitute.

Anne Arundel County purchased the property in 1828 and used it as an alms house until 1966. During this time a few minor wood partition walls were installed but no structural changes were made. A lot of the original glass and hardware remains.This helped the preservation of the property making the London Town Public House an unusually complete example of colonial architecture at its functional best leading to the property being listed as a National Historic Landmark in 1975.

The tavern and the surrounding land is still owned by Anne Arundel County. The property is managed by an independent non-profit organization called the London Town Foundation. The London Town Public House is the only surviving building from the original settlement. However, a number of reconstructed properties have been added to the site. There are also extensive gardens on the property to visit. 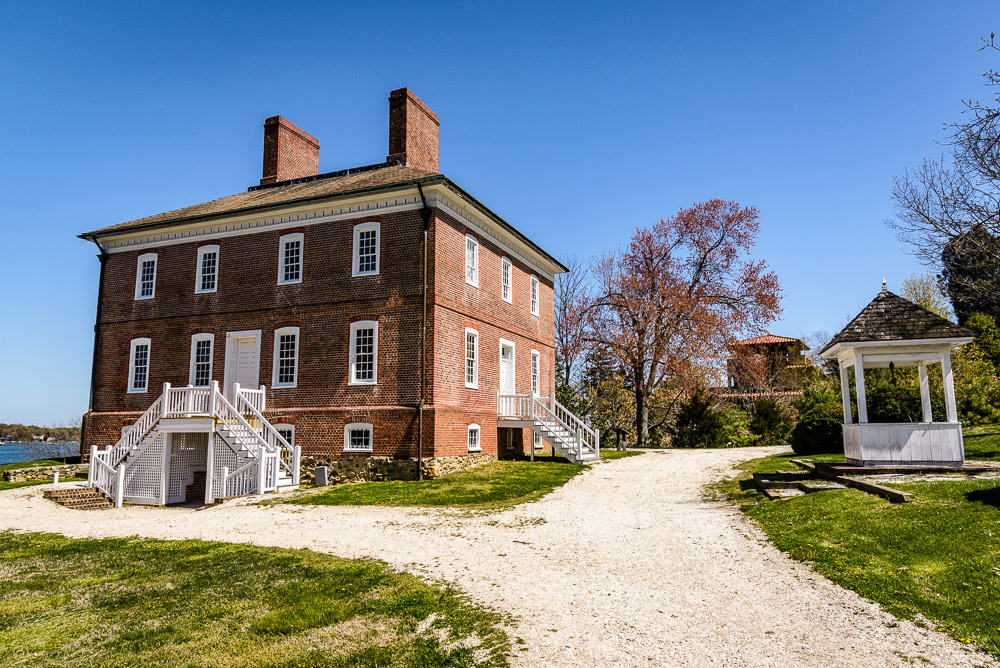