Widehall is a large Georgian house on Water Street, Chestertown, Maryland. It occupies Water Lot #16 on the original map of Chestertown. When the property was built for Thomas Symth in 1769, it was considered to be one of the finest houses in Chestertown. Around the time the property was built, the town was a port of distinction with access through the Chester River to the Chesapeake Bay. The port in Kent County on Maryland’s Eastern Shore rivaled Annapolis.

Thomas Smyth (in some documents spelt Smythe) was considered to be one of Kent County’s wealthiest when he acquired Water Lot #16. Sometime prior to 1769, Smyth agreed to purchase the lot from William Granger. Lacking a deed of record, Smyth petitioned the General Assembly of Maryland in December 1769 for clear title. In the act granting him such, there is clear indication that he had already began construction of the house.

The house was an ambitious building for its day in Chestertown. There was no attempt to build on an existing structure as had been done on the other properties along the river. Instead, it was built from the ground up using craftsmen from Philadelphia. It is thought by some to have been designed by Edmund Woolley, the original architect of the first Pennsylvania State House, now known as Independence Hall.

The house sits on a high stone basement. The entrance to the property is up two flights of stone steps. The front door opens onto a passage which is separated from the stair hall by a series of three arches. The stairs are one of the most prominent features of the house. They ascend on three walls of the stair hall. The upper two flights are cantilevered from the walls. The railings, fluted newels, turned balustrades (three per step), rectangular step ends and half-rails are all carved mahogany. The stairs ascend to a second story hall of equal size to the stair hall and passage on the ground floor. Some say that it is these features that led to the name Widehall.

Widehall was sold by Thomas Smyth to help cover his debts in 1790. Like many others in the depression era that followed the American Revolution, Smyth was unable to keep up with his creditors and was eventually forced to declare bankruptcy. The house was purchased, along with Smyth’s wharfs on the Chester River by Robert Anderson.

In 1801, Anderson, in turn, sold the house to Robert Wright, then U.S. senator for Maryland. The next change in ownership occurred in 1822 when it was purchased by Ezekiel Chambers, a Maryland and United States Senator and Judge of the Court of Appeals. The property was sold on Chambers death in 1867.

In 1909 the house and adjoining lots were purchased by Mr. & Mrs. Wilbur W. Hubbard who were responsible for the restoration of the property. It was Mr. & Mrs. Hubbard who gave the house the name Widehall. The property continues to remain in private ownership and is not open to the public.

Befitting its architectural significance as well as its historically important occupants, Widehall was listed on the National Register of Historic Places in October 1972. The property is also a contributing property in the Chestertown Historic District. 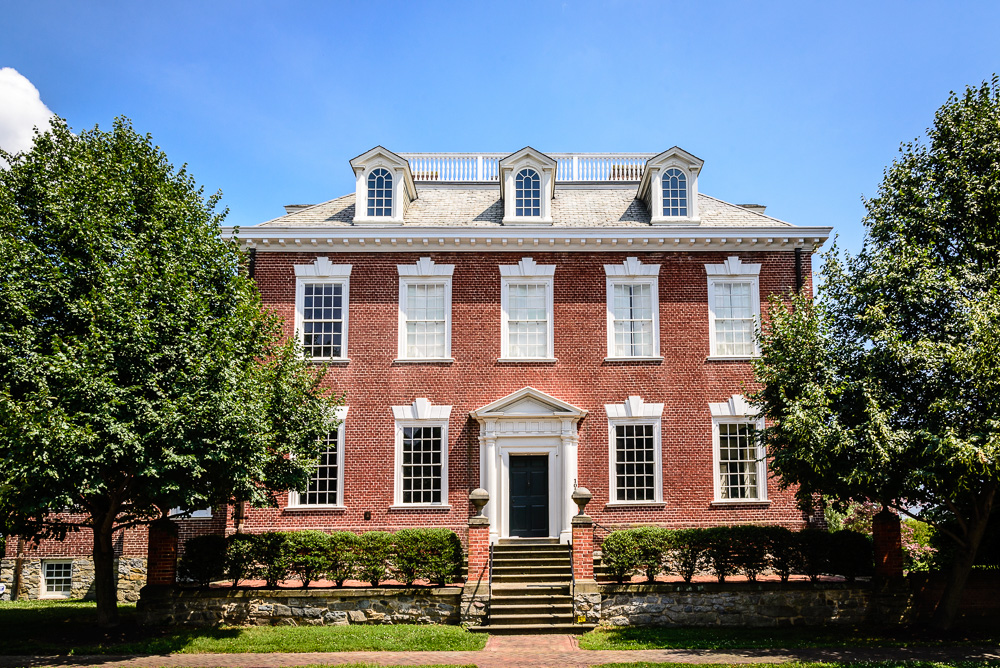