The Rising Sun Inn, or Rising Sun Farm as it is sometimes known as, is a mid-18th century 1 1/2 story frame house located near Millersville, Maryland. Since 1916, it has been used as the headquarters of the Anne Arundel Chapter of the Daughters of the American Revolution.

The house was built in two stages. The older part dates back to sometime around 1753. Measuring approximately 20-feet by 40-feet, this part features a gable roof and a brick gable end with an interior chimney. Around 1784 an addition was added to the property. This one-room wing of 20-feet by 20-feet has a gambrel roof and a brick exterior chimney.

The original part of the house was built by Edward Baldwin, a planter in Anne Arundel County. Sometime in late 1759 or early 1760, Edward Baldwin died. He bequeathed his property to his two sons, James and Henry Baldwin. Henry’s half of the property included the Rising Sun Inn.

Henry Baldwin served as quartermaster, ensign and lieutenant in the 3rd Regiment, Maryland Line during the Revolutionary War. During this time the Baldwin Plantation supplied tobacco to the Continental Army.

In 1784, Henry Baldwin married Sarah Rawlings, the widow of tavern keeper, Francis Rawlings, Jr. Baldwin obtained a license to operate a tavern on his property the following year. Most of Francis Rawlings’ inventory was used to establish what became known as the Baldwin Tavern at the Rising Sun. The original license cost Baldwin 6,000 lbs of tobacco. Baldwin renewed this license annually for the same cost until his death at age 40 in 1793.

The inventory taken upon Henry Baldwin’s death showed the Rising Sun Inn to be a well-furnished and well-stocked tavern. The Testamentary Papers held by Anne Arundel County show it included 10 beds and bedsteads, 1 pair of dining tables, 1 pair of card tables and 7 other tables, 18 chairs with leather bottoms, 6 windsor chairs, 5 flagg-bottom chairs and 1 armchair, 1 Japand [sic] tea board and waiters, a fair amount of spiritous liquors and other household items, 11 slaves, and numerous farm animals. The Rising Sun Inn continued operating as a tavern after Henry Baldwin’s death.

In 1816, the heirs of Henry Baldwin sold 282 3/4 acres of the Rising Sun property, including the tavern to George Gambrill. The continued history of the property is detailed in the Rising Sun Inn’s Nomination Form for the National Register of Historic Places.

In 1916, the Inn was given to to the Anne Arundel Chapter of the DAR by its last owner, R. Thomas Williams, to be “maintained as an historical spot and structure or museum.” The chapter members borrowed $5,000 to restore the building. In 1980, the Anne Arundel County Trust for Preservation awarded the Anne Arundel Chapter, NSDAR, the Marjorie Murray Bridgman Award for historic preservation in recognition of their work in restoring and preserving the Rising Sun Inn during a period of 64 years. 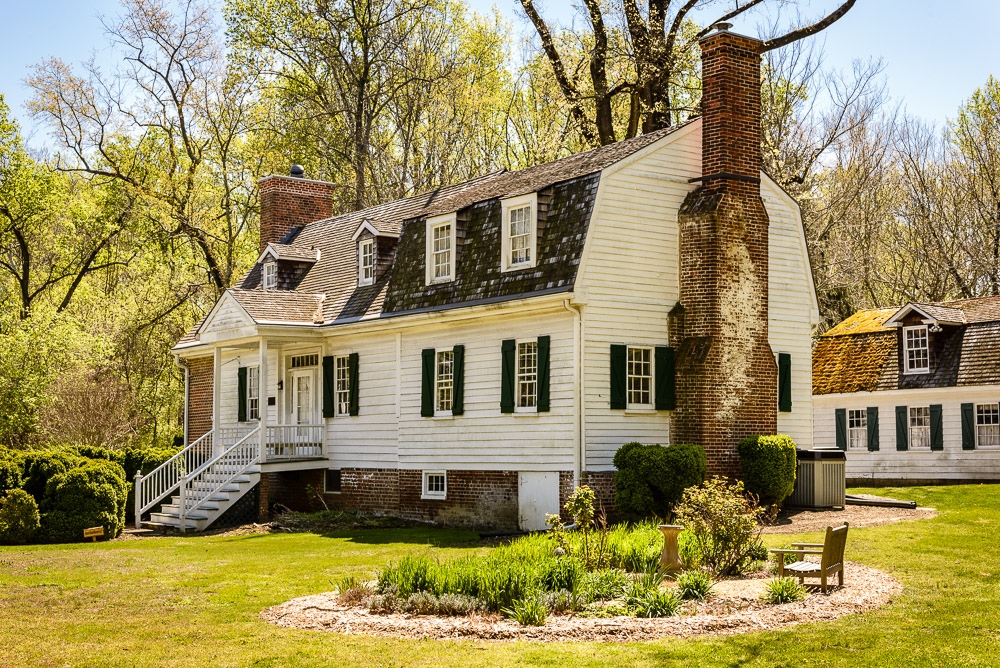