St. Luke’s Episcopal Church in Church Hill in Queen Anne’s County on the Eastern Shore of Maryland was built between 1729 and 1732. It is one of the oldest Episcopal Churches still in use. It is of interest both architecturally and historically.

From the late 17th century, the site on which the church stands was occupied by a simple log building called the “Up River Chapel”. This was one of the three chapels of St. Paul’s parish. By 1728, though, the local population had outgrown the existing building. They also wanted more than the once-monthly visits from the parish priest. About 250 parishioners petitioned the Maryland Assembly seeking the establishment of a new parish. Their request was granted and in 1729, the Reverend John Laing was sent from England to supervise the new parish of St. Luke’s as well as the construction of a new church.

The Area residents raised the money for the building of the new church. They raised 140,000 pounds of tobacco, the main currency of the day. This paid for the bricks to be brought over from England as well as to pay for the construction.

The church was built on a hill in the northern part of Queen Anne’s County. At the time, there was no town in the area. Gradually, the site became known as Church Hill and a village of the same name grew up around the church. The design of St. Luke’s has a couple of unusual features. The gambrel roof together with the high vaulted ceiling are unusual for the period. This design provides the advantages of a sloped roof while maximizing headroom inside the building’s upper level and shortening what would otherwise be a tall roof. Of greater note, though, is the semi-circular apse that can only be found on two other 18th century churches in Maryland. This apse, known as the “circle” is a hold over from medieval times.

St. Luke’s was used until 1791 when it was virtually abandoned for 32 years. It was in use again for a brief period but was again vacated between 1830 and 1840. Since, 1841, though, when revival and renovation took place, the church has been in continuous use.

The church was heavily damaged during the Civil War when it was used as a billet for the Union Cavalry. As part of the subsequent renovation in 1881, the square Italianate tower was added. The renovation made some considerable changes to the interior including the removal of the slave gallery and a new seating plan with a center aisle.

St. Luke’s Episcopal Church was added to the National Register of Historic Places in 1977. 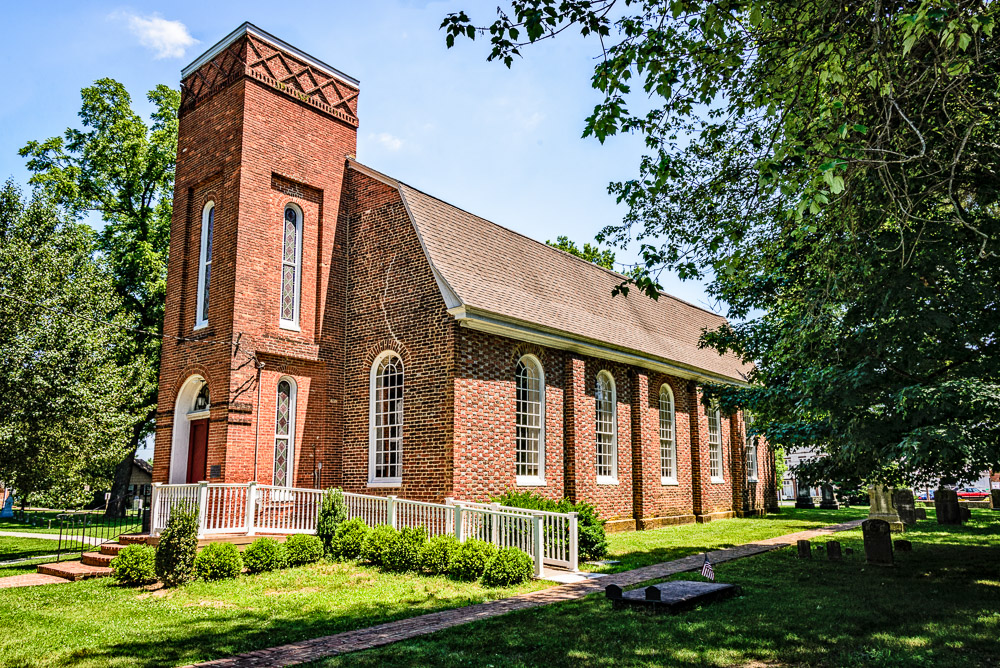