Alban Towers is a luxury apartment complex located diagonally opposite the National Cathedral at the junction of Massachusetts and Wisconsin Avenues in Northwest Washington, DC.  When it opened in 1929 it was the city’s largest apartment building.

Over half of the residents of Washington live in apartment houses.  The presence of the federal government, with its associated number of transient workers, has made apartment living more prominent in Washington than most other US cities.  The general prosperity and growth of the federal government during the 1920s created a building boom of apartments in the city which has never been equaled.  The popularity of the automobile also enabled developers to move further out of the center of the city.

Washington’s apartment buildings have a much different appearance than those of many other places.  One reason is the 1894 height limitation law which restricted apartment houses to a height of 90-feet, then seven stories.  Designers of apartment houses in Washington, and especially luxury ones, separated their accommodations from their competitors by the splendor of the facades and luxury of their lobbies rather than by height as is the case in New York and Chicago.

Alban Towers is a prime example of an apartment house built in the 1920s.  It was built on land purchased from the National Cathedral.  It’s Gothic Revival design complements both the Cathedral and the nearby St Alban’s School.  Mount Saint Alban on which the building is located and named after, is one of the highest points in the District of Columbia.  When Alban Towers was built, there were no buildings to the south which were taller providing residents a panoramic view of the city and the Potomac River.

The original plan was for 132 apartments.  These proved so popular the complex was enlarged a year after opening creating an additional 84 units to the rear.  These 216 units were predominantly small one-bedroom units.  The residents could take advantage of the 24-hour maid service and public dining room.  Also, within the complex was a beauty shop, a travel agency, a grocery store, and a lunch counter.  There was also a heated basement garage accommodating 125 vehicles, one of the first in large apartment garages in the city.  The importance of the automobile can be seen in the Porte-cochere, or carriage porch, at the front entrance to the building. 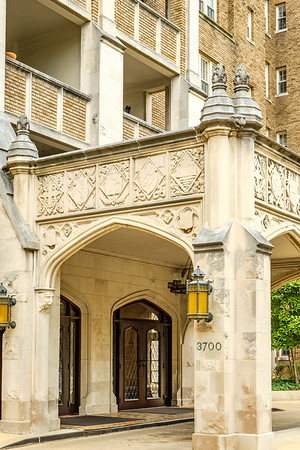 During the 1960s the property declined becoming somewhat shabby in appearance mainly as a result of a lack of care and maintenance by the building owners.  In 1973 the building was purchased by Georgetown University.  Some of the original owners were allowed to stay with the rest of the property being converted to house 450 students.  This, though, did not help the overall appearance of the building.  Alban Towers was put up for sale in 1986.  Although contracted for sale, a group of the residents attempted to exercise right of first refusal.  This resulted in clouded title that was not resolved for several years.

Georgetown University eventually was able to sell the property in 1995 to a group headed by Starwood, a subsidiary of Marriott International.  When the sale was completed, only 30 of the units were still occupied.  Starwood paid the tenants to leave their apartments or to move to temporary accommodation whilst the renovations took place.  The building was closed, and work began in 1997 but stopped shortly thereafter and ultimately abandoned.

Alban Towers was sold by Starwood to Charles E. Smith Residential Realty, a large real estate investor in the Washington DC metropolitan area.  Great care was paid to bring the building back to its original splendor.  The restoration included the rebuilding of the original apartments, albeit with modern amenities, as well as the reconstruction of the original lobby and hallways.  It was reopened in 2001. 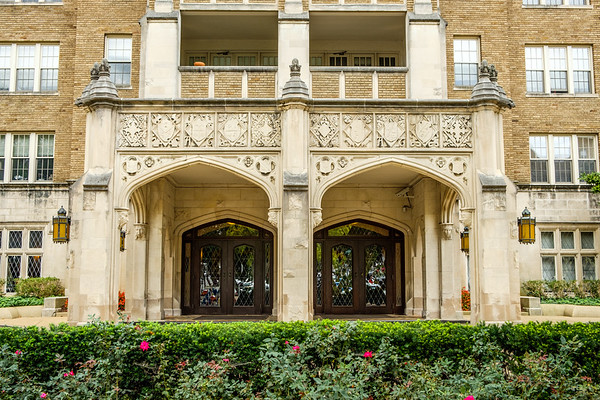 Today, the luxury apartment complex, which now has 229 units, houses diplomats and government official just as it did in its heyday.

As a way of protecting the appearance of the building during the troubled times prior to the sale to Starwood, Alban Towers was listed on the National Register of Historic Places in July 1994.

Much of the information for this post has come from James Goode’s study of social history and architecture of Washington’s distinguished apartment buildings.  Best Addresses details 162 properties, most of which remain, covering the earliest structures from the 1880s through to the postmodern period of the end on the 20th century.

Article Name
Alban Towers
Description
Alban Towers is a luxury apartment complex located diagonally opposite the National Cathedral at the junction of Massachusetts and Wisconsin Avenues in Northwest Washington, DC.  When it opened in 1929 it was the city’s largest apartment building.
Author
Mark Summerfield
Publisher Name
Mark Summerfield
Publisher Logo