February 1 sees the start of African American History Month, also known as Black History Month, in the United States.  Schools arrange special activities to help bring awareness of and pay tribute to the generations of African Americans who struggled with adversity to achieve full citizenship in American society. In this post we will take a look at an unassuming Victorian townhouse in Washington DC which played an extraordinary role in helping advance the interests of African American women and the black community in general: the Mary McLeod Bethune House.

This three story townhouse on Vermont Avenue just south of Logan Circle was the home of Mary McLeod Bethune from 1943 to 1955. The story, though begins a few years earlier in New York City. In 1935 Bethune founded the National Council of Negro Women. Its objectives were:

…to promote unity of action among women’s organizations in matters affecting the educational, cultural, economic, political and social life in America; to build a fellowship of women devoted to developing friendly relations among all people in the world; to collect and preserve information about and affecting women; and to work for the complete elimination of any and all forms of discrimination and segregation based on race, religion, color, national origin and sex.

The Council originally used the living room of Mrs. Bethune’s house at 1812 Ninth Street, NW.  This, though, proved to be too small.  When Mrs. Bethune purchased the property on Vermont Avenue in 1943, the Council moved in to the property with her.  She occupied the third floor, while the National Council of Negro Women (NCNW) occupied the first and second floors.  Mary McLeod Bethune as president of the NCNW, received heads of state, government officials, and leaders from around the world.

The house is now the site of the Mary McLeod Bethune Memorial Museum and the National Archives for Black Women’s History. The Archives, which houses the largest manuscript collection of materials pertaining to black women and their organizations, contains extensive correspondence, photographs, and memorabilia relating to Mary McLeod Bethune.

The Mary McLeod Bethune Council House, as it is now known is a unit of the National Park System. There is no fee to visit the house. The house is open seven days a week from 9:00 a.m. to 5:00 p.m. excepting Thanksgiving, Christmas, and New Year’s Day. 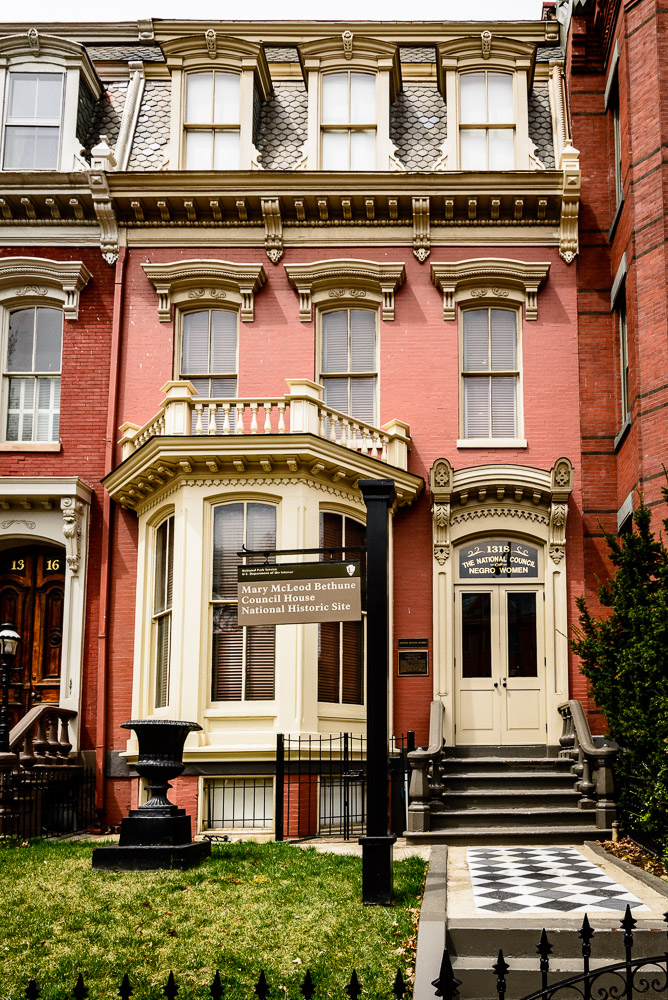