At Great Falls Tavern on the Chesapeake & Ohio Canal (C&O) in Maryland visitors are able to step back in time to the 1870s and experience the much slower pace of life. The Charles F Mercer is a replica of the light packet boats that plied their trade on the canal. The original passenger boats on the C&O Canal were drawn by a mule team just as the freight laden barges did. The original passenger trade, though, did not generate much business. When I visited Great Falls Tavern it appeared that a trip on the canal was now a popular thing to do.

The boats on the canal are limited by the size of the locks on the canal. They were about 90-feet long and 14-feet wide. Each canal boat was pulled by a mule team of two animals. The calm waters, combined with the lock system allowed the mule team to tow a boat laden with up to 120 tons of coal at about 4 miles an hour. Compare this to the roads of the day where it needed a team of 6 horses to move just 6 tons of cargo and at a slow pace. It was not until the birth of the Baltimore & Ohio Railroad that the C&O was replaced as the major means of freight transportation in the region. Waterways, though, are still one of the major means of moving freight in the United States as can be seen by the barges that ply the Mississippi and its connecting waterways.

The canal company only operated the waterway, earning its money from the tolls. It was the responsibility of the barges to provide their own mules teams. There was usually a mule stable at the bow of the barge as well as a small cabin for the operator and his family at the stern. There were quite often two teams of mules for each barge. The mule teams were rotated so that it was possible to keep the boat moving around the clock, although it was much more common for the barges to tie up at night. Even with the overnight stop, it was possible to traverse the 184 miles of the canal in about 4 days. 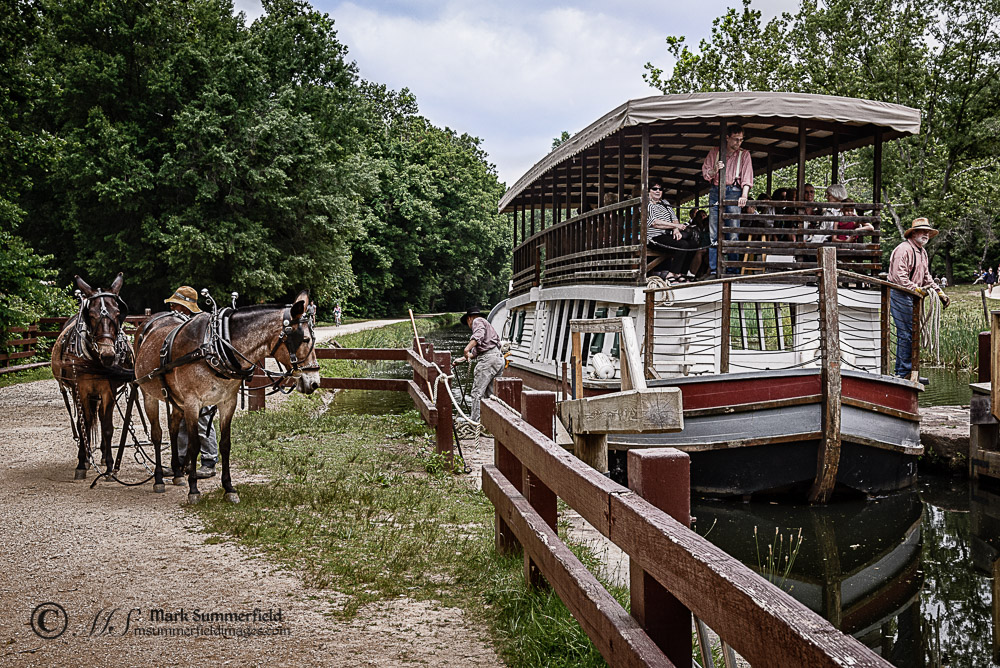