Unlike many of the settlements in the area, Santa Cruz was never a pueblo.  It was first established as a settlement by the Spanish around 1598. The settlement lasted until the Pueblo Revolt of 1680 when the Spanish were driven from the area. Many of the survivors moved to El Paso, staying there for the next fourteen years.

When the Spanish re-colonized New Mexico they quickly moved to regain control of the middle Rio Grande valley.  Sixty-six families arrived in Santa Fe from El Paso in June 1694.  They were housed temporarily in the crowded houses of Santa Fe until something more suitable could be found. It was decided to establish another villa, or Spanish town about 25 miles to the north.

In 1695 the town of “Villa Nueva de Santa Cruz de los Españoles Mejicanos de Rey Nuestro Señor Carlos Segundo” became the second town after Santa fe established by the Spanish.  Thank goodness the name has since been shortened! The original town was located on the south side of the Santa Fe river but was later moved to its current location on the north side of the river.

There are no records of when the original church was built but records date back to 1710 when there was a baptism there.  The present church of Santa Cruz de la Canada was built in 1733 making it one of the oldest surviving churches in the United States.  For many years it was the largest and most impressive church in New Mexico.  It is built in the usual form of a cross, consisting chiefly of the church proper and two chapels, Our Lady of Carmel on the north, and San Francisco on the south, the sacristy and baptistery being behind the chapel of Our Lady of Carmel. 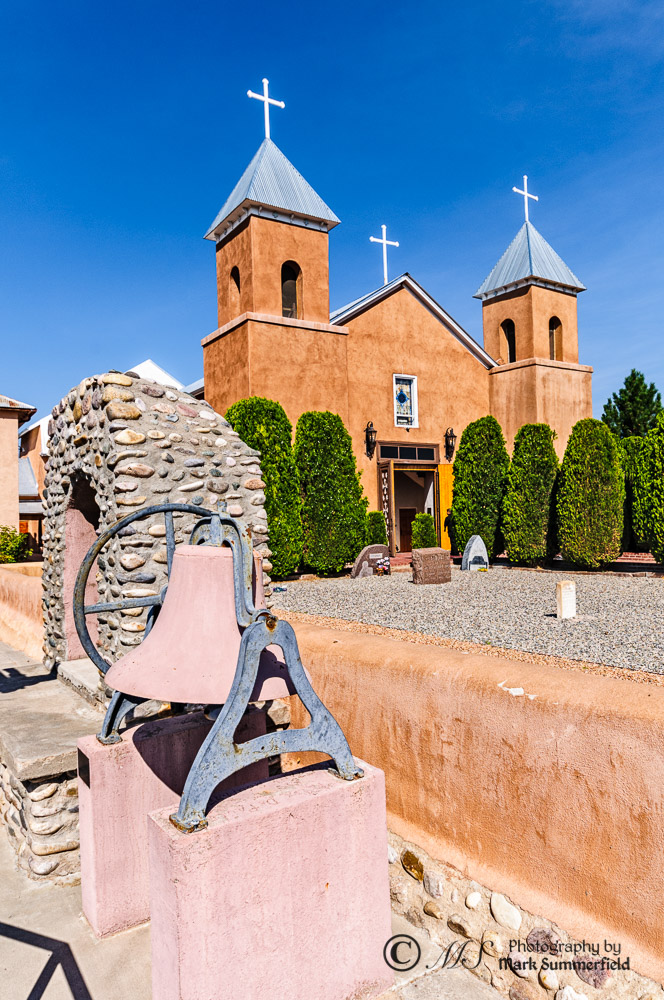