The Charles Sumner School was constructed in 1872.  It was designed by Adolph Cluss who was also responsible for the nearby Franklin School which we looked at in an earlier post.  Adolph Cluss expanded on his revolutionary design of the Franklin School, which was completed four years earlier.  He believed that how a building worked was as important as how it looked.  For instance, at both schools he used hallways and closets to isolate the classrooms and minimize external noise.  The Sumner School won Cluss the “Medal for Progress” in school design at the Vienna World’s Exposition in 1873.

The external decorations show that Cluss was not only concerned with functionality.  The tower with its fully restored and working clock together with the tiny dormer windows with their spiky finials and the cast-iron roof crown suggest that Cluss was intent on creating a structure which had a lighter, whimsical appearance.

The school is situated on land that had previously been used as a school site run by the Freedmen’s Bureau, a U.S. federal government agency created after the Civil War to provide support for freed slaves.  It was named for the prominent abolitionist and U.S. Senator, Charles Sumner.  It was one of the earliest schools for African Americans in Washington DC.  The school became the center of black education during the many years of segregated education in Washington. The building also served as the headquarters of the Superintendent and Board of Trustees of the separate school system for black students.

Washington DC schools began to integrate following the Bolling v Sharpe and Brown v Board of Education decisions in 1954.  Ironically, this led to neglect of the Sumner School as the building sat empty, decaying rapidly.

In 1984, the citizens of the Washington DC, led by Richard Hurlbut, raised the $5 million needed to renovate the building.  The project lasted two years from 1984 to 1986.  It became a showcase of 20th century restoration techniques.

The newly renovated building was renamed the Charles Sumner School Museum and Archives.  It houses a museum which Hurlbut became the curator of. Its permanent exhibits include extensive DC public school memorabilia and sculptural vignettes that capture the life and times of Frederick Douglass.  The building also now houses the District of Columbia Public School Archives and associated reading rooms. 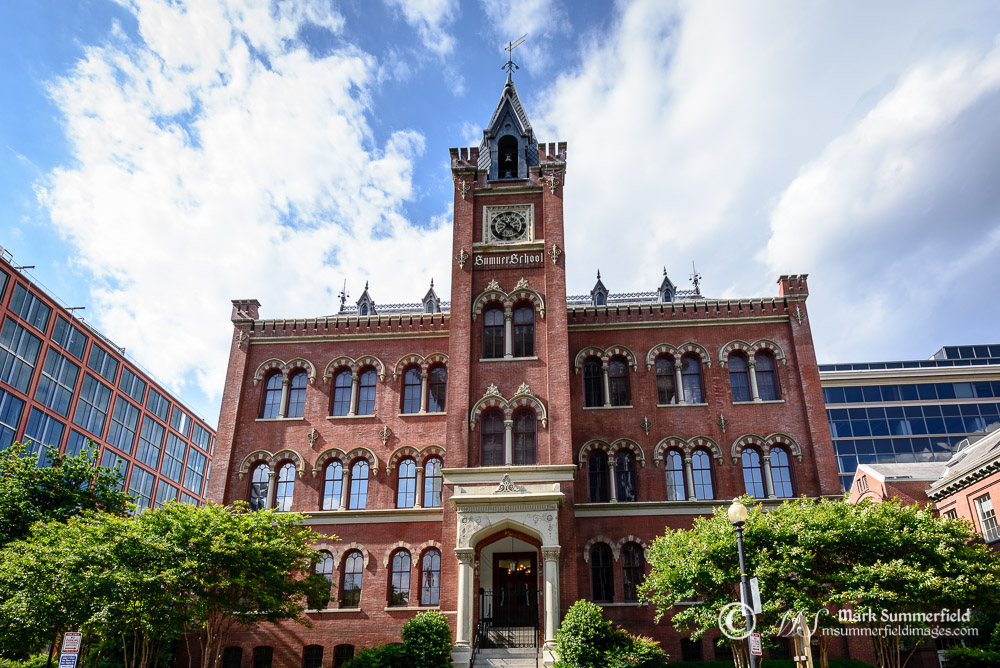