The Franklin School dominates the north east corner of Franklin Square in the heart of downtown Washington, DC. This Adolph Cluss designed structure was completed in 1868. At the time it was a model of advanced design, winning awards both home and abroad.  Not only was this an admired education facility, it was also the site of Alexander Graham Bell’s first wireless communication in 1880. Bell used a beam of light to transmit a voice message using his newly invented Photophone (later given the alternate name radiophone) which he had developed in his nearby L Street laboratory.

The school was located in, what at the time was, a prominent neighborhood. Its intent was to bring attention to age-graded, separate but equal classrooms for boys and girls. Offices for the Superintendent and the Board of Education were also housed in the Franklin School allowing administrators to see the benefits of the new educational system. The building also used big windows for light, roomy and airy spaces to enhance the learning environment.

Cluss noted in 1870, “What forms the main notable feature in this school building is that the huge ventilation flues, which generally form unseemly protuberances, have been grouped symmetrically on the four corners and shaped to form the most prominent part of the decoration.”  He also observed that he had avoided “monotony” in the three-story structure “by the little interruption of alternating the mass of red bricks by courses of stones of the warm, light complementary color.”

The building was added to the Register of National Historic Landmarks in 1996. This, however, did not save the building from running into disrepair being currently unoccupied. Its last use, apart from a temporary occupation by the Occupy Movement in November 2011 was as a homeless shelter which closed down in September 2008. 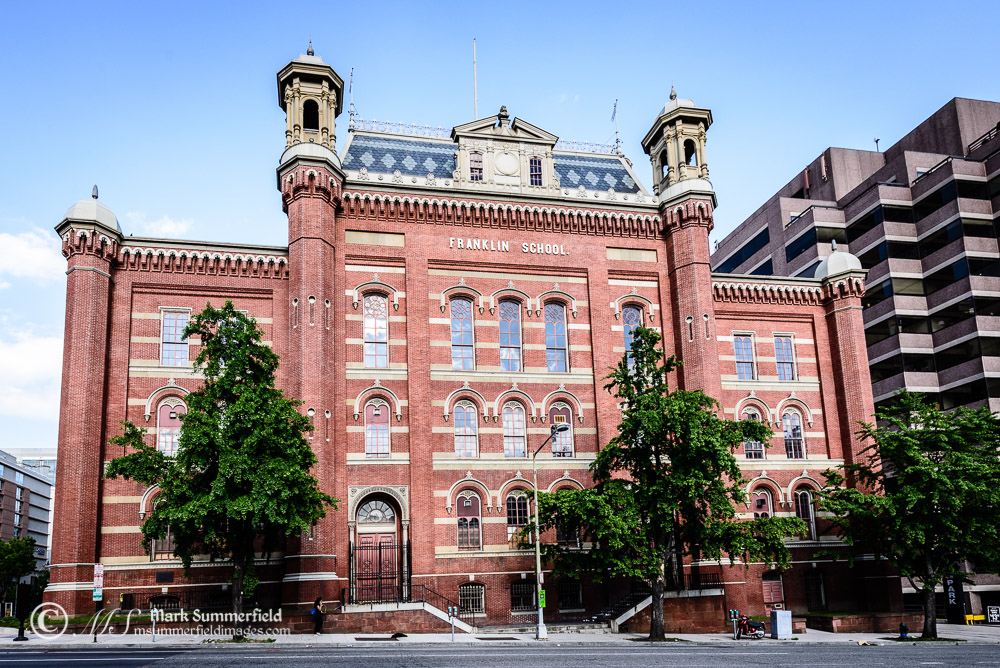