In the last post we covered some of the early history of Ronceverte and took a look at the concrete coaling tower which dominates this part of the Greenbrier River valley.   Today we will move a few hundred yards west along the railroad tracks to the C&O Railroad Depot at Ronceverte.

In the last post we talked about how the line along the Greenbrier River from Hinton to Pocahantas County and on to Clifton Forge, Virginia was known as the “Gravel Girtie” line because of its main cargo of crushed limestone.

Passenger service, though, was also a major part of the railroad at Ronceverte in the early years.  In 1915 the Chesapeake and Ohio railroad build the Craftsman style brick structure seen in these images.  In the first year of its opening, more than 65,000 passengers passed through its doors.  The building is a rare example of this style of construction and exhibits some unique elements signifying the importance of Ronceverte to the railroad company such as white marble bathrooms.  Another prominent feature were the wide overhanging eaves.  Passenger service on the line ceased in 1974, a year after the formation of the Chessie System, one of the major steps in the C&O becoming an integral part of what is now known as the CSX..

The only noticeable change since the railroad ceased passenger operations is a chain-link fence along the edge of the platform protecting the public from the adjacent freight line. 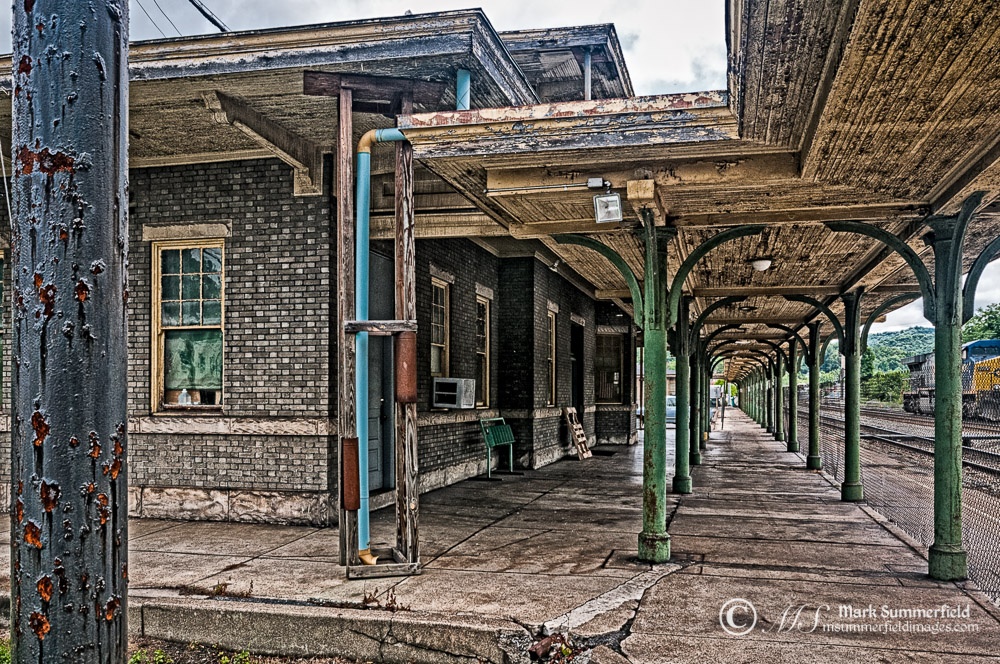