The Cosmos Club is located in the Richard T. Townsend House on Embassy Row in Washington DC.  The building was designed by Carrère and Hastings in the Beaux Arts French style which heavily influenced the architecture in the United States in the period from 1880 to 1920.  This free-standing building, which stands in just under an acre of land, was built as a family home in 1901.  The Thomson family lived in the house until the Cosmos Club purchased it in 1950 from Mrs. B Sumner Welles, the daughter of the original occupants.  This, though, was only the most recent home of the Cosmos Club which has held its meeting in some storied locations in the District of Columbia.

The Cosmos Club was founded in 1878 by John Wesley Powell, who lead the 1869 Geographic Expedition which explored the Green and Colorado rivers including the first known passage through the Grand Canyon. Powell formed the Cosmos Club as a private social club for the advancement of its members in science, literature and art. The club originally met in the Corcoran Building on the corner of 15th and F Streets, NW. It moved to the Dolley Madison and Tayloe Houses on Lafayette Square in 1882. Being that these two properties were not adjacent, the two row houses between them were razed and suitable space created.

The relocation of the Cosmos Club to its present site on Massachusetts Avenue is believed to have been prompted by the US federal government requiring additional space close to the White House.

The membership role of the Cosmos Club reads like a Who’s Who of American History over the last 125 years or so.  It’s members have included four U.S. Presidents (Herbert Hoover, Theodore Roosevelt, William Howard Taft and Woodrow Wilson), a dozen Supreme Court justices (Sandra Day O’Conner and Antonio Scalia to name but two), 32 Nobel Prize winners, 56 Pulitzer Prize winners and 45 recipients of the Presidential Medal of Freedom. 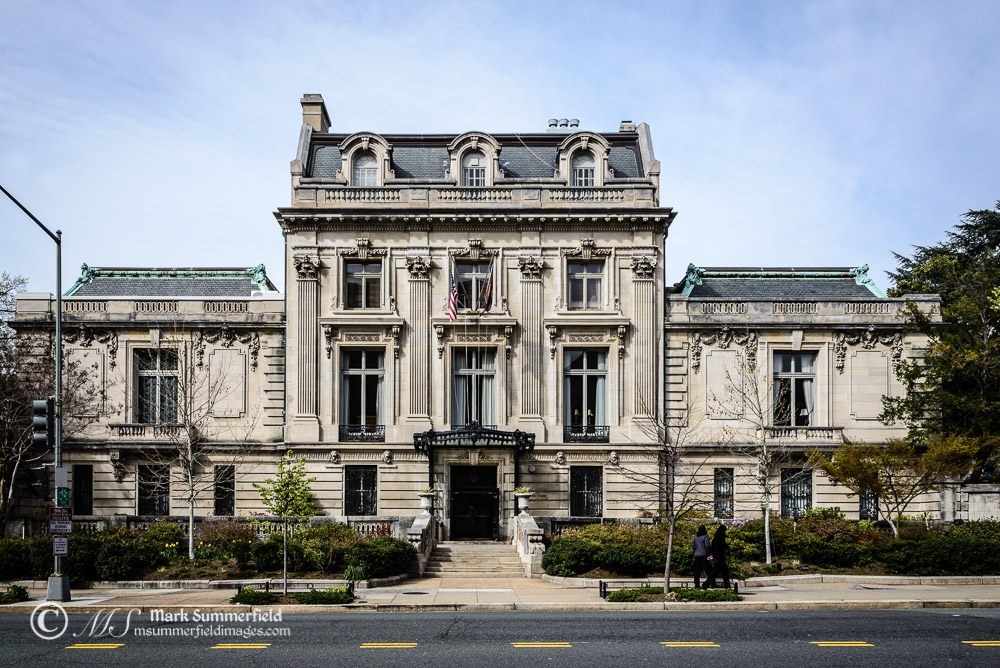